Retrieval of the iconic Wizard’s ladder

Christchurch icon, The Wizard, has been reunited with his famous ladder from inside Christ Church Cathedral. Known for his colourful orations from the perch of his ladder in Cathedral Square, The Wizard has a long history and connection to the Cathedral.

Now, after 11 long years of separation, his ladder has been returned after its retrieval from  inside the west porch of the Cathedral.

"Glimpsing the heavily-corseted nave of the battered theatrical backdrop to my strutting and preaching for two score years, my thoughts would regularly rise to the fate of my constant companion, my ladder. Was she smashed to smithereens? Had she been kidnapped by a souvenir hunter? My hope was that by some miracle she was still there and waiting for me to reclaim her. Words cannot express the joy I felt when the Cathedral restorers made contact to inform me she had been found in her usual place, in the porch only a little discoloured by age and still decorated with flowers from the Anglican Floral Festival," said The Wizard.

Project Director Keith Paterson said, “We’re pleased to have returned the ladder back to its rightful owner. The retrieval of heritage fabric and personal items is an important part of the project.”

Due to the building interior’s inaccessibility, the ladder had been forced to remain in situ until now. Its safe retrieval is another sign of the project’s continued great progress. 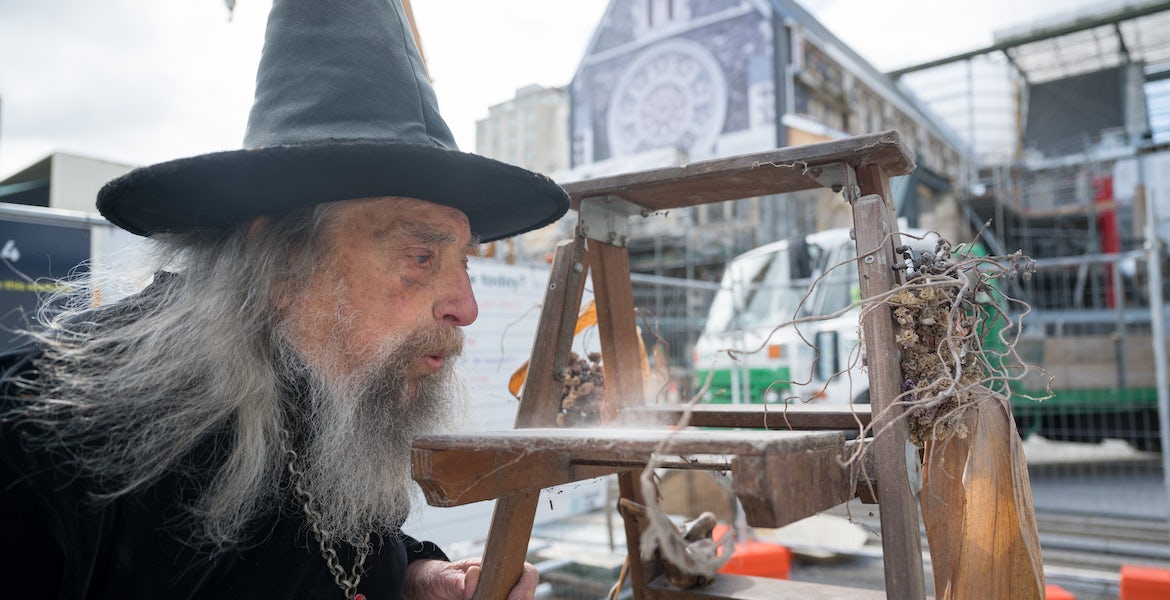