On the interior face of the west wall of the Cathedral, below the rose window, sat seven mosaic panels, installed between 1882 and 1970.  Only four panels remain in situ, three having fallen during the 2011 earthquakes. The central panel depicted Christ giving benediction and the other panels featured the six acts of mercy from the Gospel of Matthew Chapter 25, verses 35-36.

These panels are the work of Venetian firm Salviati and Co, founded by Venetian Lawyer Antonio Salviati (1816-1890) who became interested in glass and mosaic work after participating in the restoration at Saint Mark’s Cathedral in Venice in the mid-nineteenth century.

Salviati opened his first business in 1859 before establishing workshops in Murano, Venice and London. The London firm, Salviati, Jesurum and Co, built new premises in Regent Street in 1898. Its principal façade incorporated a stunning set of mosaic armorials which were restored in 1999.  The building is well known today as the home of the Apple Store.

It’s likely the Christ Church Cathedral mosaics came from, or were commissioned through, Salviati’s London branch, which also undertook work for St Paul’s Cathedral,  Westminster, Cathedral and the Houses of Parliament in London, and St David’s Cathedral, Wales.

The panels, like so much of the material in and outside our Cathedral, were donated.  The central panel, which fell in the 2011 earthquake, was presented by Mrs John Bealey, sister-in-law of Samuel Bealey the third Canterbury Provincial Superintendent.  The panel second from the left, which remains in situ, was given in 1907 by the Hon Spencer Lyttelton, son of Lord Lyttelton, Chairman of the Canterbury Association.  The remaining five panels were completed in 1970 from a bequest by Canon Revd. William Orange who served in a number of local parishes and was a precentor of the Cathedral.

Only four panels now remain in situ and represent the acts of mercy depicting:

Unfortunately, the beautiful panel depicting Christ giving benediction and the two remaining acts, I was sick, and you cared for me and I was in prison, and you visited me, have fallen.

The remaining panels have been temporarily protected and it is hoped the material of the fallen panels may be recovered. 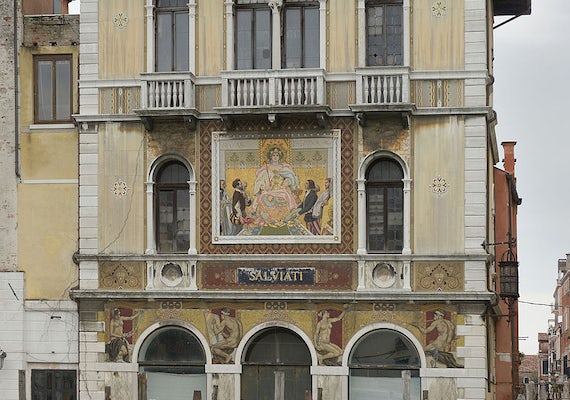 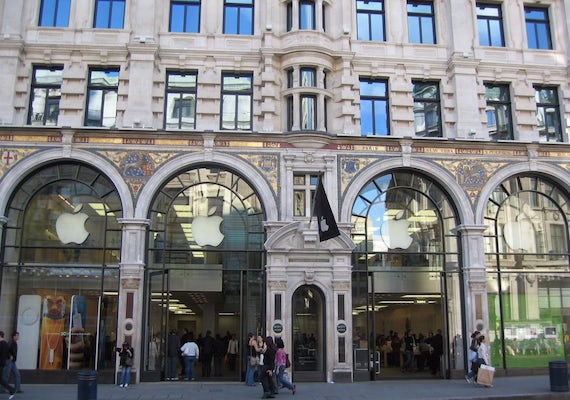 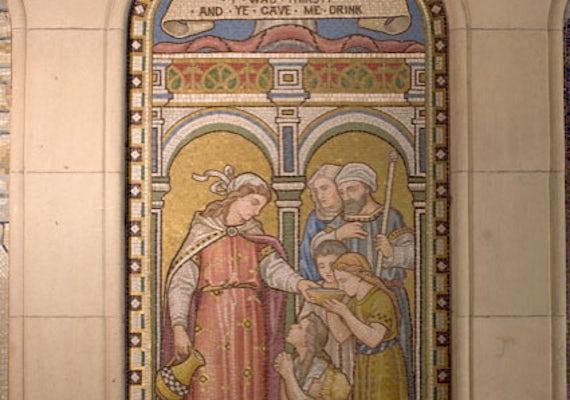 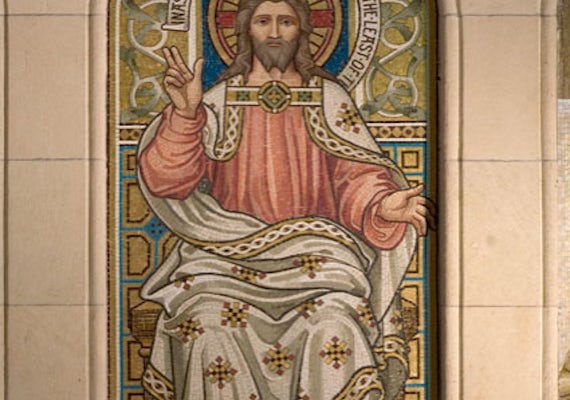