On the north side of the nave of Christ Church Cathedral are a series of decorative panels – some of these panels are Victorian encaustic tiles and others are commemorative panels to both clergy and lay associated over time with the Cathedral. Between the panels are a set of four tukutuku panels, flanked on either side by narrow carved panels. The tukutuku panels were installed in 1992 as a memorial to Bishop Allan Pyatt CBE (1916 – 1991). The panels were not damaged in the earthquakes and were retrieved within the first weeks post the February 2011 earthquake for safe keeping.

Allan Pyatt was Dean of Christ Church Cathedral from 1962 -1966 and became the fifth Bishop of Christchurch  in 1966 retiring in 1983. Bishop Pyatt, a thoughtful and forward-thinking man, served on many local and national committees.  The Dictionary of New Zealand Biography notes that  after his death Bishop Pyatt’s body lay in state at the Phillpstown Marae and that the tukutuku panels express Māori regard for him.

These panels are traditional Māori artwork that you would find as decorative wall panels in a wharenui, the patterns and stories varying from iwi to iwi.  Traditionally panels would have typically been woven with materials such as kiekie, harakeke and pīngao. The Cathedral panels use toetoe, kiekie, leather and rimu.  They were woven and carved by many hands, under the direction of the late Mae Taurua, a former Lay Canon of the Cathedral.  Mae Taurua was a noted weaver well known throughout the country for her exquisite woven artworks but perhaps best known in Christchurch for her creation of these tukutuku panels for the Cathedral. Mae worked for many years as a social worker at Rolleston Prison and was also an active member of the Māori Women’s Welfare League.

Much of the weaving took place among craftsmen at Rolleston Prison with the final work being undertaken in the Cathedral by worshippers and visitors.  Given the collaborative manner in which the work was undertaken these panels truly celebrate the Māori proverb on the memorial plaque, He aha te mea nui? He tāngata, he tāngata, he tāngata. (What is the most important thing in life?  It is people, it is people, it is people.)

The outer panels depict Roimata - the splashing of tears, the memorial and redemption of loved ones.   The inner panels depict Poutama - the stairway to heaven.   The red colouring points to the feathers of the red-breasted parrot, worn as a mark of chieftainship by the Kākākura (leader of a flock).   This refers both to the memory of Bishop Allan Pyatt and in a wider context to Christ as leader of his people.

Post-quake the panels were displayed at Canterbury Museum’s Quake City until 2016 when they were returned to the Transitional Cathedral. They are currently in storage and a condition report has recently been undertaken to aid the conservation of these important taonga of the Cathedral. 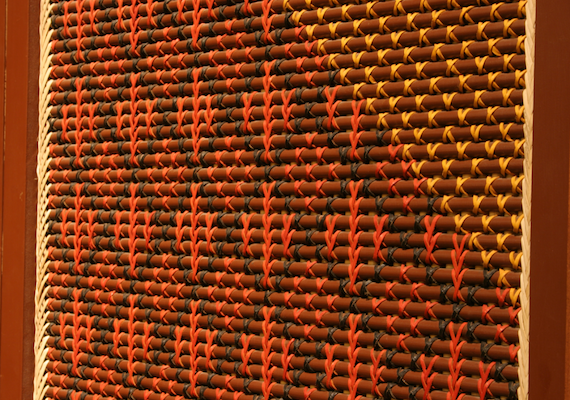 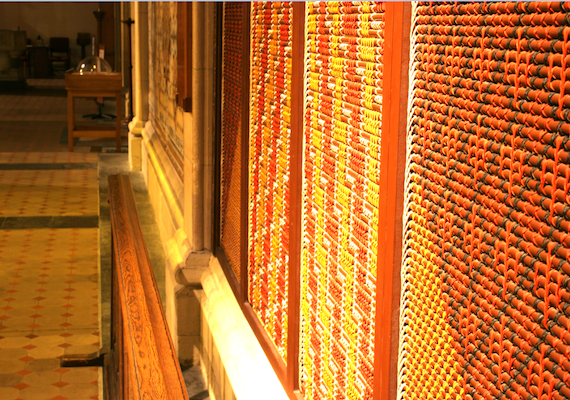 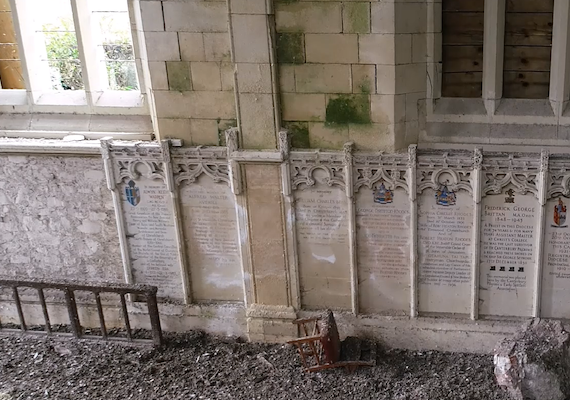 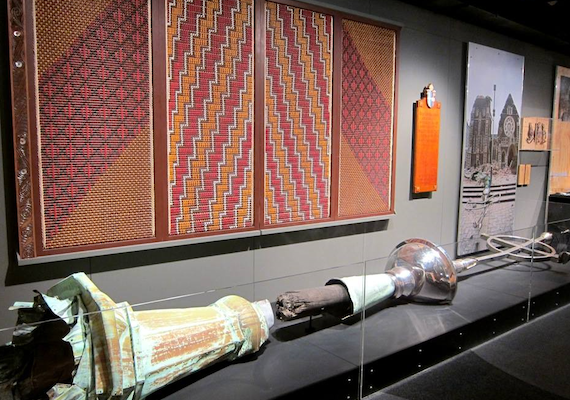 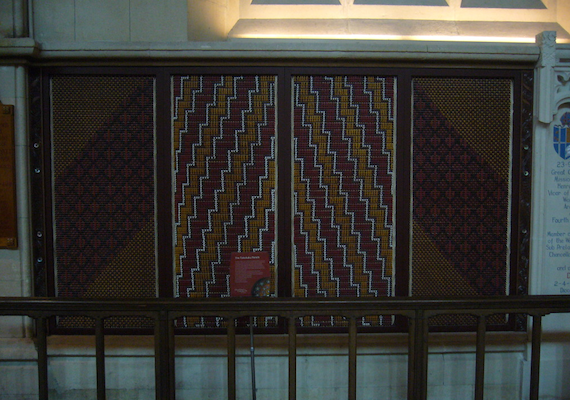