The team on site have recently removed some of the memorial panels from the St Michael and St George Chapel in the South Transept. The removed panels have been boxed and are in storage awaiting conservation cleaning.  The Carrington Altar, reredos and the west wall panels of the south transept are still to be retrieved.

The team have carefully recorded the removal of the panels to date so they can be conserved and reinstated.

The  St Michael and St George Memorial Chapel (begun post WWI in 1922), is situated in the South Transept of the Cathedral. It is dedicated to those lost in both World Wars. The completed Chapel was dedicated by Archbishop Campbell West-Watson and opened as the Chapel of St Michael and St George by Sir Bernard Freyberg, the then Governor General of New Zealand, on Remembrance Day, 6 November 1949.

The Chapel had a strong military presence, in its pre-quake form with the colours of Battalions from the Canterbury Regiment having hung there. The colours, now very fragile, were retrieved immediately post-quake and are in storage. Like the intent of the Citizens War Memorial, this chapel was designed around hopes for everlasting peace.

The screen dividing the Chapel from the nave was originally the choir rood screen that divided the chancel and nave and carved in 1924  by F Gurnsey.

The reredos and altar on the east wall of the Chapel, other than a small panel on the south side, are yet to be retrieved and remain in situ as does the west wall panelling. The oak altar and altar rails, carved by Dean Carrington, are in memory of his son Christopher who was killed on the Somme in 1916.

The magnificent reredos that sits above the altar, designed by architect R S Harman and carved by Frederick Gurnsey and his assistant Jake Vivian, contains the pennants of Saint Michael and Saint George. In the centre is a peacock, a symbol of immortality; the poppies on the left-hand side suggest eternal sleep while the laurel on the right represents effort and self-devotion.

Also carved by Gurnsey and Vivian, the panels now removed from the South wall contain symbols of the Services, combatant and non-combatant, Navy, Chaplains, Army, Air Force, and Medical.The credence table, to the east end, also retrieved with the panelling, was given by Service Chaplains in memory of the Rev’d Keith Harper, the only serving New Zealand Chaplain to lose his life in WWII. Harper, born in England, was killed at Monte Casino.

Above the names of those who fell in battle are angels holding the leek of Wales, the shamrock of Ireland, the thistle of Scotland and the rose of England. Now removed and boxed, these works are in remarkably good condition and the gilding is well preserved.  However, though the gilding is still visible, the top of the heads and upper portion of the wings of the angels have suffered considerable guano damage and require careful conservation.

Below the panel of names is a carved pīpīwharauroa (shining cuckoo) in a wreath of kawakawa.  The large heart shaped leaves are a Māori symbol of courage and fortitude and a branch of kawakawa laid on a marae is regarded as an aituā signifying mourning and death. A pare kawakawa (mourning wreath) is worn by women at tangihanga.  The call of the  pīpīwharauroa is associated with spring, new growth, and is welcomed with the proverb Ka tangi te wharauroa, ko nga karere a Mahuru – If the shining cuckoo cries, it is the messenger of spring.

The panels continue on the west wall of the Chapel, yet to be retrieved, sit under carved Coats of Arms of the countries that constituted the British Empire at that date.  Each country’s shield is surmounted on a carving of local flora. 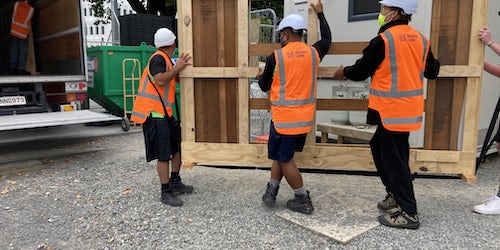 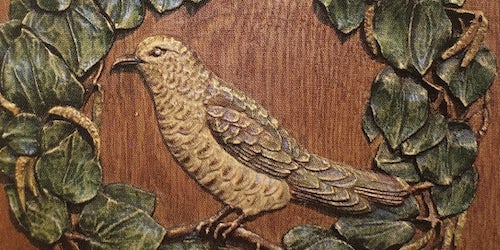 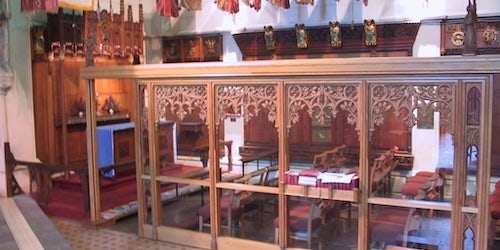 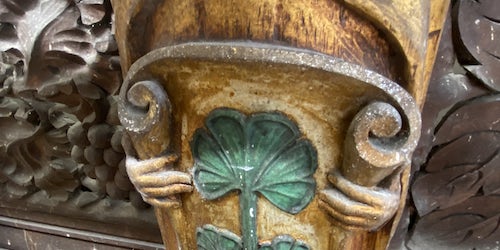 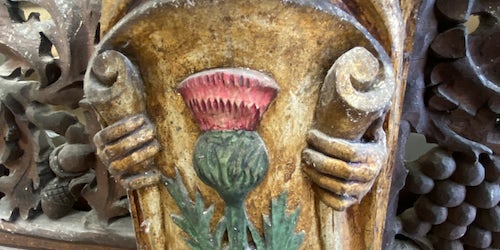 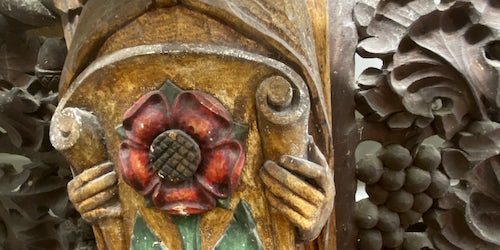